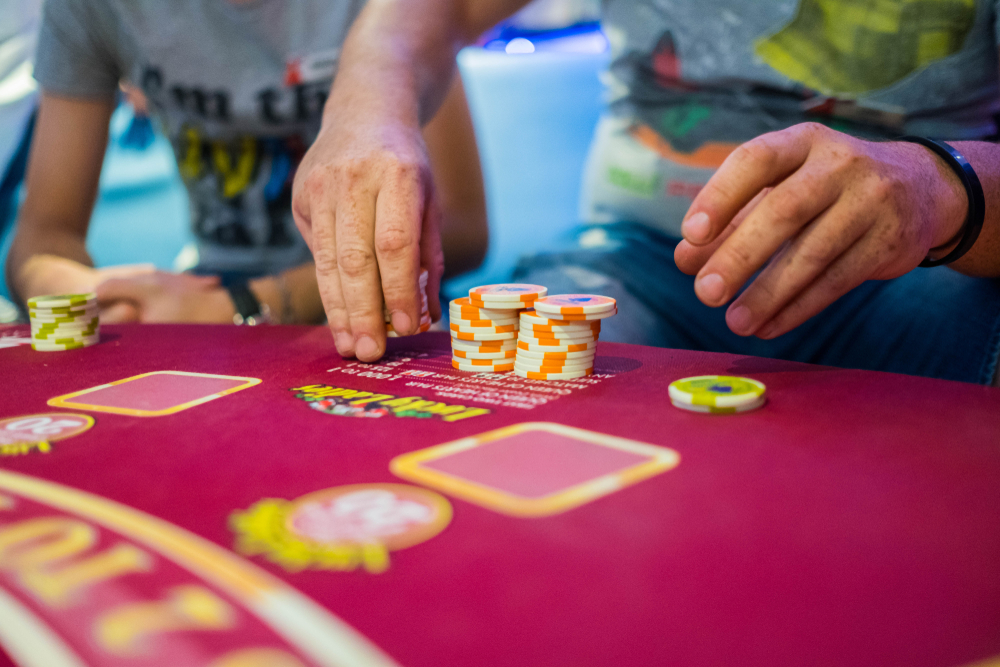 Online poker is one of the most popular casino games, but as far as the game of poker goes, it’s actually incredibly new. Before players were able to play poker online, the game was still very popular in land based casinos, but online play opened up a new world of poker and increased its popularity even more so.

Poker has been around for nearly a thousand years and some historians believe it dates back even further than this. Although most historians agree that poker in the form that we know and love today is most closely related to forms that were popular in the 17th and 18th centuries, some believe the idea of poker dates back to around 969 A.D from a game played by Emperor Mu-tsung. The emperor was said to have played a domino based game that had similarities to poker.

The closest match to the type of poker we play today was made popular in the 17th and 18th century in Europe. The French played a game called poque, and the Germans played a game called pochen. Both poque and pochen were based on a Spanish game called primero, that most historians agree is the closest form to what we play today. Primero was played in Spain during the 16th century and is very similar to how we play poker today. The game of primero involved three cards being dealt to players and bets were made based on the value of the cards that they held. Bluffing was also a big part of the game, and players would bet high on lower hands to fool their opponents into thinking their hand was better than it was. If you know how to play poker then you’ll realise how important bluffing is in today’s variants of the game.

Earlier Forms Of The Game

Although 17th and 18th century games are more similar to what we play today, games involving playing cards and a hierarchal betting system were popular way before this time. The Egyptians in the 12th and 13th centuries used a form of playing cards, and in the 16th century, Persians used cards called Ganjifa cards. Ganjifa cards were formed from wood or ivory and were used as part of betting games. The game the Persians played that shares similarities with the idea of poker that we know today was called As Nas, and involved rounds of betting based around the value of certain cards.

Poker As We Know It Today

Poker as we know it today is a result of French colonists bringing Poque to North America. The French brought the game to settlements in areas such as New Orleans, which later became part of the US in 1803. The game was then picked up by English speaking settlers and formed into a similar version to what is played today. The game that was created, featured five card ‘hands’ dealt to each player, and a 52 card deck was introduced in the mid 1830s. Poker gained popularity among soldiers in the civil war and became a well known game that was played frequently in saloons all around the Wild West.

Queen Victoria then brought the game to the UK, after hearing a US minister discussing the game with members of her court. She enquired about the poker game rules and although it wasn’t a hit straight away in Europe, the game became popular between 1914-1918 during the first world war. The popularity was mainly due to the influence of American soldiers that taught the British more about the game.

Five card poker is still played by many people today and so are many other forms that only exist thanks to the evolution of poker over the centuries.

The Evolution Of Poker Variants Over The Centuries

Five card draw was created during the civil war in the United States between 1861 and 1865 and stayed the most popular variant of poker for nearly a century after, gaining popularity with the British during world war one.

Seven card stud became more popular than five card draw just before the start of the second world war. It managed to stay as the preferred version of poker for around four decades, due to the prevalence of the game in Las Vegas casinos.

Texas Holdem is probably the most popular form of poker played today, and is often the go-to game for online poker players. Texas Holdem is a fairly recent variant of poker and although it is thought to have been established during the early 1900s, it started to become a favourite in the 1970s. Texas Holdem featured in the World Series Of Poker in the 1970s after being introduced to Las Vegas in 1967 by a group of gamblers from Texas. Since being featured in the World Series, Texas Holdem has been the version of poker that most people know and love over any other, and probably will for centuries to come.